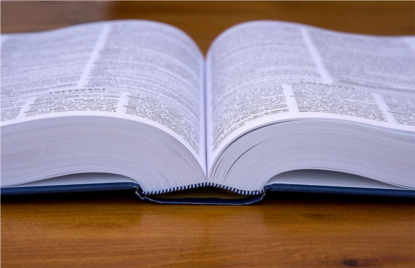 Our Appellate Brief of Beaverton’s Sunset Transit Station Area Zoning was filed on Thursday with the Oregon Land Use Board of Appeals.  We argue that the City did not comply with the Inter-Agency Agreement (UPAA) with Washington County that requires that, upon annexation, they must apply the best available City zoning that matches previous County zoning.

The city responded to LUBA’s remand on our previous appeal by focusing on density requirements and trying to justify applying a new SC-S zoning match, rather than addressing the permitted uses that, we continue to argue, are a better match for the City’s SC-HDR designation.

Thanks everyone for attending the various meetings, contributing and staying engaged.

Details on the Sunset Station Appeal Process and Timeline:

The current Appeal process started with LUBA’s acceptance of the appeal, filed on January 25th, followed by:

1. Filing of the Record:   Within 21 days of the filing of our Notice of Intent to Appeal, the City must provide    LUBA with a copy of the official record.   Copies of your previous testimony should be part of that record.  Completed:  The city submitted the record, as required by LUBA, after requesting and receiving a several day extension.

3.   Filing the Petition for Review:  This is our brief which details our objections to the City’s decision.  It must be filed within 21 days of LUBA’s acceptance of the record.  Completed: Our attorney, Charles Swindells, filed the Brief as required, on Thursday, March 14th.  The listed Appellants are: Jake Mintz, Larry Bates and Paul Schaefer.

4.  Filing of the Respondents Brief:  The City (and anyone that intervenes on their behalf) must file their brief responding to the petitioner’s (our) objections, within 42 days of LUBA’s acceptance of the record.   Beaverton, and the Peterkort Representatives that intervened on behalf of the city, are now required to file their response by April 25th.

5.   Oral Arguments:  Usually scheduled within about 2 weeks after LUBA receives the City’s (respondent’s) brief.  We expect the hearing will be in Salem and take about 60 minutes.

6.   Issuance of LUBA’s Final Opinion and Order:  A few weeks after oral arguments occur, a written LUBA decision will be provided setting forth the reasons for their ruling.  The order will end with one of the following actions:
a. Affirm the City’s decision
b. Overrule the City’s decision
c. Remand the challenged decision for further action
d. Dismiss the Appeal; or
e. Transfer the appeal to the circuit court, if LUBA determines that the decision is not within their jurisdiction.

7.  Parties have 21 days, from when the LUBA decision is mailed, to appeal to the Oregon Court of Appeals.

Be the first to comment on "Peterkort LUBA Appeal Update"